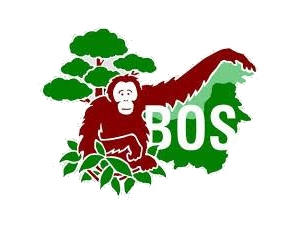 The goal of BOS Switzerland, which was founded in 2004 as a charitable organisation based in Zurich, is the protection of the last Borneo orangutans and the preservation of their habitat. Thus, the work of BOS Switzerland focuses on three areas: orangutan rescue, rehabilitation and release, development cooperation with the local population and the protection and reforestation and restoration of destroyed rainforest areas.

The latter was badly damaged at the instigation of the former Indonesian dictator Suharto as part of a huge rice-growing project (the so-called Mega Rice Project). The aim was to convert one million hectares of unproductive and sparsely populated peat bog forest into paddy fields to alleviate food shortages in Indonesia. Between 1996 and 1998, around 4,000 km of drainage channels were created for this purpose, destroying the natural fire protection of the otherwise very humid soils. The large-scale deforestation was created in part legally, in part illegally and by burning off the forest stands. In the areas of the Mega Rice Project, forest cover fell from just under 65% to less than 50%. Today, a large part of the valuable woods are felled and sold. The Mega Rice project is today considered one of the biggest environmental disasters in Indonesia's history. Not only because the drainage of the areas to this day makes massive peat fires possible, but also because the Mega Rice project did not achieve its goal and barely produced rice. What remains are destroyed peat bog forests on a large scale. Following the failure of the Mega Rice Project and particularly devastating forest and peat fires in the late 1990s (and most recently in 2015 and 2019), a coalition of foreign and Indonesian scientists mobilised to conduct extensive research on greenhouse gas storage and emission capabilities of tropical peat soil.

Today we know that the peat bogs in the lowlands of Borneo are about 5,000 years old. They are a globally unique ecosystem and gigantic carbon sinks: peat bogs cover only 3% of the earth's surface, but save one third of the earth's carbon - twice as much as all the world's forests! Burning releases four to forty times more CO2 than forest fires in other tropical areas. As part of the one-tree one-life campaign, BOS Switzerland, together with volunteers, employees of the BOS Foundation and the local population, is reforesting the burned rainforests in East and Central Kalimantan and renaturalising, among other things, the destroyed peat bog forests in the Mawas region (the former territory of the Mega Rice Project).

Since 2016, 130,000 seedlings alone have been raised in their own nurseries, thus reforesting over 100 hectares of peat bog forest as part of the SOS Borneo Project. In the long term, the plan envisages a reforestation area of 1,000 hectares in the 309,000 hectare Mawas region. 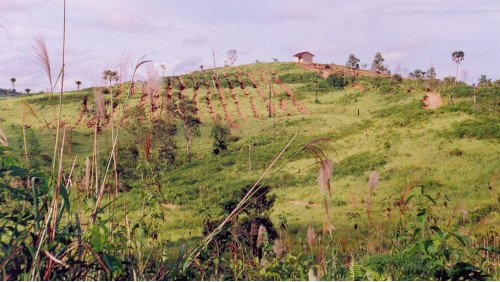 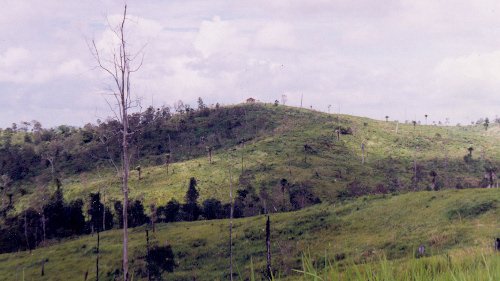 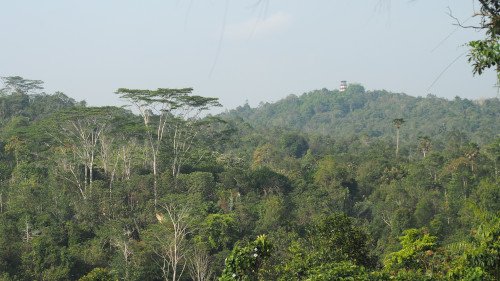 Where are the trees planted?

Be a part of our idea

Inform yourself at any time about the status of our project and actively help us to reach our goal.

Thank you very much for your support.